The second strongest man in Africa, Ghana’s Victor Kofi Owusu Ampofo alias Vandam has called on government and corporate organizations in the country to support the sport.

He mentioned finances, logistics, and ambassadorial deals as tools to help make the sport more lucrative.

The Fitrip GH athlete placed second at the recently-held edition of Africa Strongman held in South Africa, beating competition from representatives from all over the continent.

Speaking to Starbuzz TV, he said strongman is a lucrative sport just like formula one among others adding that it is very unfortunate our country hasn’t seen it yet and “I hope to see this change”. 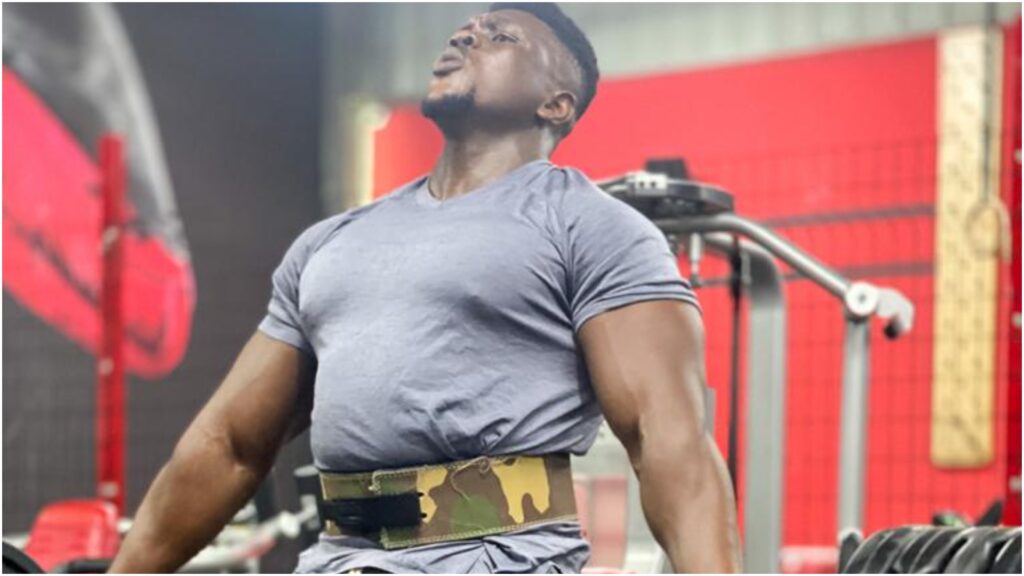 He insisted that taking part in any of these would put Ghana on the map. “I hope to see more private companies shed some attention to this sport and provide brand ambassadorial deals. This would motivate others to join the sport and support those of us already in. Fitrip GH has supported me in this journey and I look forward to other gyms, companies, and organizations to do the same for other strongman athletes.”

When asked what his reaction was when he was picked to represent Ghana in SA he said “I had mixed feelings. I was glad I finally had the chance to travel outside of Ghana to compete in a real strongman competition with contestants from other countries but, this is the case I didn’t know the people I was going to compete with and most of the events were new to me.”

He mentioned that the experience was most solemnly. “It was a great experience. I met nice people with similar mindsets. Regardless of the fact that we were competing against each other, contestants cheered each other up, and the willingness to help another mate was surprising to me because it is not the same in Ghana. “

Vandam intimated that the competition really taught him to be tougher than he’s always been. Adding that he learned to trust his instincts and listen to his body. “This experience has helped me grow in this sport and for sure I’m going to use all that I learned to improve my skills.”

On the deficiencies in Ghana’s fitness sector as against other countries, the sportsman noted that “they have the equipment readily available and have the opportunity to use them whenever and wherever. This allows them to become used to the machines and improved their techniques – an advantage I did not have because I was unfamiliar with many of them.” 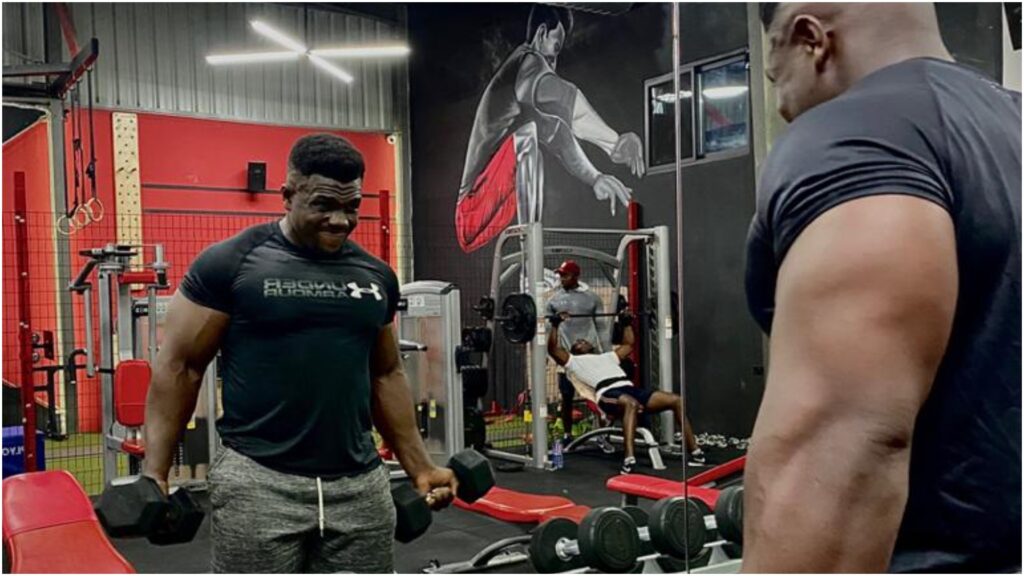 “In Ghana, thanks to Fitrip GH, we have some of the equipment which really helped me in my placing 2nd.”

He added “unlike Ghana that we perceive stout men as a menace, it’s a profession out there, people do this full time because they understand the sport. With the experience, I’ve come to the realization that the more I get serious, the higher and better I go and become. So I’m more serious and focused now, and with Fitrip I will surely take part in more international competitions with the ultimate being The World Strongest Man. Arnold’s Classic, South Africa 2021 in May and hopefully we shall take part.“

Related Topics:Victor Kofi Ampofo
Up Next

BRAVE and Sincerëly Partner To Tackle Period Poverty In Ghana

The organisers if the Vodafone Ghana Music Awards, Charterhouse Ghana, have opened nominations for this year’s edition.

They are therefore calling on all GH artistes, producers, and record labels with works released between Jan 1st – Dec 31st, 2021 to submit your entries for VGMA23 nominations to www.entry.ghanamusicawards.com

See their press release below:

Lynx Entertainment signees, KiDi and Kuami Eugene are spreading their wings as far as their music careers are concerned.

While their songs are making inroads into other music markets the world over, they are not resting on their laurels in their bid to have a physical presence in those areas.

On 6th March 2022, the two Ghanaian music superstars will be performing at the Indigo at the O2 in London.

KiDi and Kuami Eugene are two of Ghana’s illustrious sons in the music industry who have enjoyed critical and commercial success, less than six years into their music careers.

They have quickly established themselves and have found places in the Highlife and Afrobeats genres.

KiDi, who is currently Vodafone Ghana Music Awards’ Afrobeats Artiste of the Year has released hugely successful singles such as ‘Odo’, ‘Say Cheese’, ‘Enjoyment’ and the 2021 smash hit ‘Touch It’ which went viral on TikTok and spent several weeks on the UK Afrobeats Chart and the Billboard Global Triller Chart.

Kuami Eugene is a four-time Highlife Artist of the Year at the Vodafone Ghana Music Awards (VGMA). He also won the ultimate slot (Artiste of the Year) at the 2020 VGMA.

He is known for hit songs such as ‘Angela’, ‘Confusion’, ‘Wish Me Well’, ‘Open Gate’ and is currently enjoying a lot of success with his massive collaborations such as ‘Happy Day’ (with Sarkodie) and ‘Love Nwantiti’ remix (with Ckay and Joeboy).

Kuami and KiDi are also loved for their riveting stagecraft and have rocked a lot of high-profile stages (both home and abroad).

Click on the link below for all your ticket reservations: https://www.axs.com/uk/events/421801/kidi-and-kuami-eugene-tickets?skin=indigo

Ghanaian actress Juliet Ibrahim teams up with global airline company United Airlines as she is set to tour America with her book ‘A Toast To Life’.

This collaboration comes as Juliet Ibrahim was recognized as one of the 100 Most Influential People of African Descent under 40 by MIPAD.

As a Mipadian, The Actress will be working with United Airlines to promote their routes across continents.

Announcing the new partnership via social media, a delighted Juliet, expressed how it will be easier to go on her tour due to the convenience of a direct flight from Ghana and Nigeria to the United States of America.

She wrote; ” Super excited to be collaborating with @united this January as I tour the USA with my book @atoasttolifebook Flying direct from Ghana and Nigeria to Dulles airport is so convenient! Let the globetrotting #2022 begin!!! Thanks to @mipad100 for the connect. #USAtriploading #Traveltheworld #United #MyUnitedJourney”

‘A Toast To Life’ is a highly acclaimed auto-biography detailing how Juliet Ibrahim survived three civil wars and how she lost some family members while her family was trying to escape from rebels. The book also reveals her survival from rape and sexual abuse, the ups and downs of her previous relationships, dealing with self-esteem issues, depression and Motherhood.

‘A Toast To Life’ is available for purchase online on Amazon, Kindle, and in several bookstores.

United Airlines is a major American-owned company that flies direct from Ghana and Nigeria to the United States of America and vice versa. The airline operates a large domestic and international route network spanning cities large and small across the United States and all six inhabited continents. United Airlines is the third-largest airline in the world and the actress turn author is indeed going global.

“OFFICIAL PRESS STATEMENT” FROM THE CAMP OF “KILLBEATZ”